Google has announced that Youtube Music will be preinstalled on all new devices with Android 10 and Android 9 in the future, replacing Google Play Music.

With the change in status as the standard app, it can be speculated that this “for the time being” could soon come to an end. Against this is the fact that Google continues to offer the Play Music app through the Play Store so that die-hard fans can continue to download and use it.

Because there are good reasons to stay on Google Play Music. For example, Youtube Music does not allow the purchase of music and only offers limited access to local music files. Google has now released its own app for podcasts, but this is only available for Android, not for iOS.

A bigger problem for committed music lovers is losing their own playlists when switching from Google Play Music to Youtube Music. So far there has been no migration strategy, although external providers offer solutions for this. Music that has already been purchased via Google Play Music or added to your own media library is also not available in Youtube Music.

While these are all problems that Google could fix quite easily, they have not yet been done. For intensive users of Google Play Music, it is to be hoped that the manufacturer will address the problems, as promised , before pulling the plug. 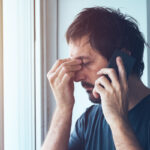 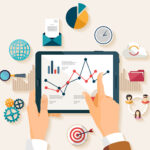